These jobs, as indicated in the table, pay well on average for people without a 4-year degree. The elimination of these jobs will have substantial equity concerns over the long-run. The BLS has estimated that the trucking industry will grow by about 4.7% between 2014-2024. This growth will be tempered by AVs, which are not yet on the market. The impact on wage growth in trucking will be substantial and the overall growth of this sector as a place to attain a job. However, when we start to think about how AV trucking will impact job or wage growth we have to think about not just the people behind the wheel, but also all of the people that support those individuals as they drive across the country. 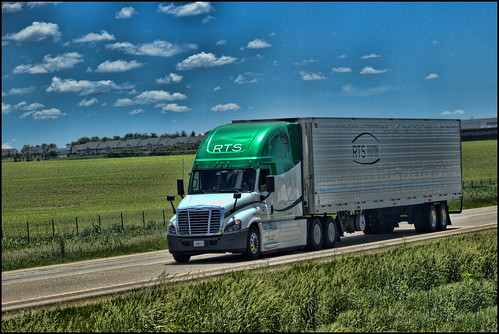 A recent article on the ‘Machines with Brains’ blog points the struggles that many non-trucking, but trucking dependent industries, will face in the near future. They provide examples of when new highways are built, diverting traffic from once busy thoroughfares to new routes. When the trucks stopped rolling through some sleeping towns in rural America, the revenue and customers disappeared as well. Now, imagine what will happen with that Peterbuilt truck rolling across Iowa no longer needs to stop for food or coffee? As the Quartz article points out: “The machines won’t get tired and they won’t need to eat breakfast, meaning the towns and truck stops built to serve the needs of humans drivers could one day be irrelevant.” They point out that truck stops employ 2.2 million people nationwide. Even if the AV truck transition is slow, there are a lot, I mean a lot, of jobs at stake.